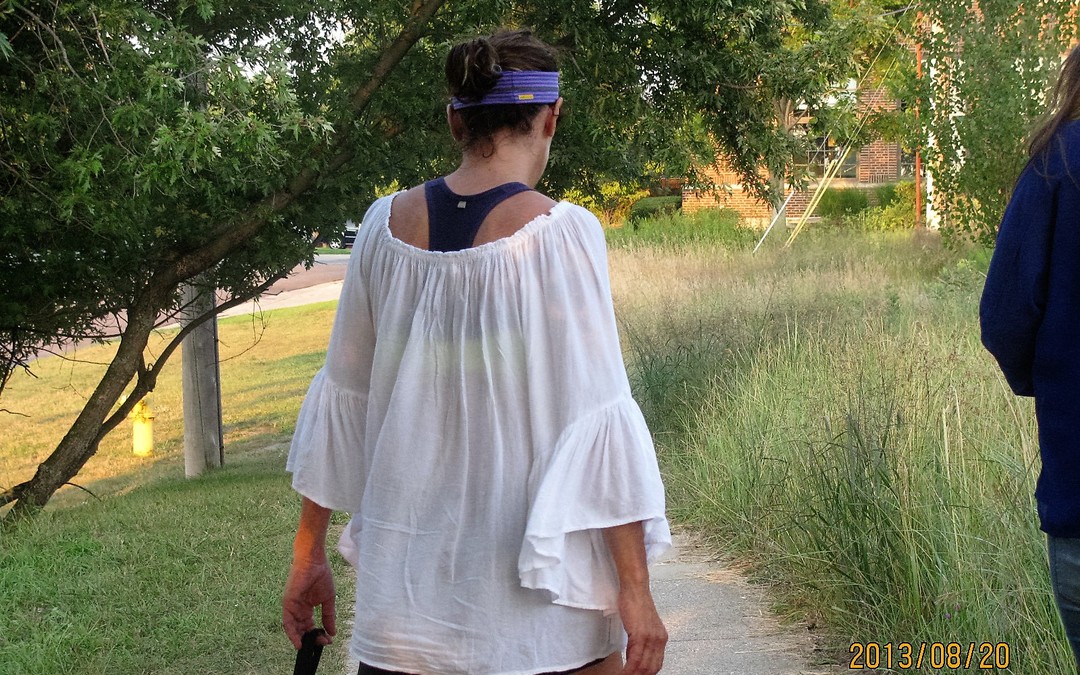 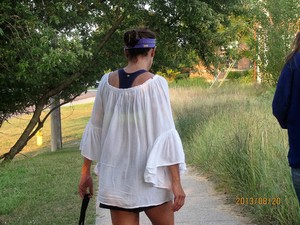 This is me, a few years ago, walking with my daughter and my friend Brittney in downtown Grand Haven to watch fireworks on the 4th of July. Time after time, I look back on pictures of me and think “what in the world was I thinking, going out dressed as I was.”  I mean, I most likely had just come in from a run, threw on a dressy cover up with the hope that I looked presentable, but kept everything else the same ~ the sweaty headband, the running shorts, the sports bra, the tight ponytail.   No make-up, no shower, hopefully deodorant but….can’t guarantee.  I most likely grabbed a bag (I’m carrying something) and filled it with a blanket to sit on, a sweatshirt and maybe a couple bucks in-case Anna wanted ice cream.  Grand Haven would be busy with all kinds of people, who all looked amazing and who all looked put together.  Then there would be me.  Me in my ‘I think I look fine, I’m going to fireworks no matter what, Brittney will love me anyway, my hair looks fine, at least I’m going, I can’t believe it’s already the 4th, hey let’s go early and get a good spot’ outfit.  And I honestly never thought anything of it, until time after time, I look back at pictures and think ‘what in the holy world’.

Albert Camus wrote, “to be happy, we must not be too concerned with others”.  I hope he meant, in this statement, to be ourselves.  To not be influenced by what others think of us.  In this world of influencers and social media and hiding behind a computer screen to give our thoughts on ideas, politics and other people’s lives, I hope we can still, somehow be ourselves.  We can be the person who goes out after a long run with sweaty hair and headbands and too short shorts and stinky sports bras;  and be the one who puts on a fluffy top and thinks they look great.  And not really be too concerned with others because, after all, we just want to watch fireworks.

Hey Cindi Lauper, time after time, I just want to be myself.